Taiwan applies for US pre-clearance

In late 2020, I wrote about how Taiwan’s Taipei Taoyuan International Airport could become the first Asia Pacific airport to receive US pre-clearance. Taiwan applied for one of these facilities, and some US politicians are now in favor of it.

Taipei Taoyuan may receive US pre-approval

In late 2020, Taiwan requested a US pre-clearance facility offering US immigration controls before passengers board US flights.

Former US Secretary of Homeland Security Chad Wolf announced this during a virtual event in December, stating that the US is considering Taiwan’s application. If approved, Taipei Taoyuan Airport would be the first in the region to have such a facility.

The application for such a facility was first submitted in September 2020, although, as expected, everything is currently moving a little slower due to the coronavirus.

China Airlines operates several routes to the US

It is important to note that just because an application has been submitted does not mean that it will actually happen. Both Hong Kong International Airport and Seoul Incheon International Airport have applied for such facilities in the past, but ultimately abandoned the plans due to logistical challenges and the possible decline in sales in duty-free shops.

Other airports have plans for these facilities as well, from Bogota to Brussels. 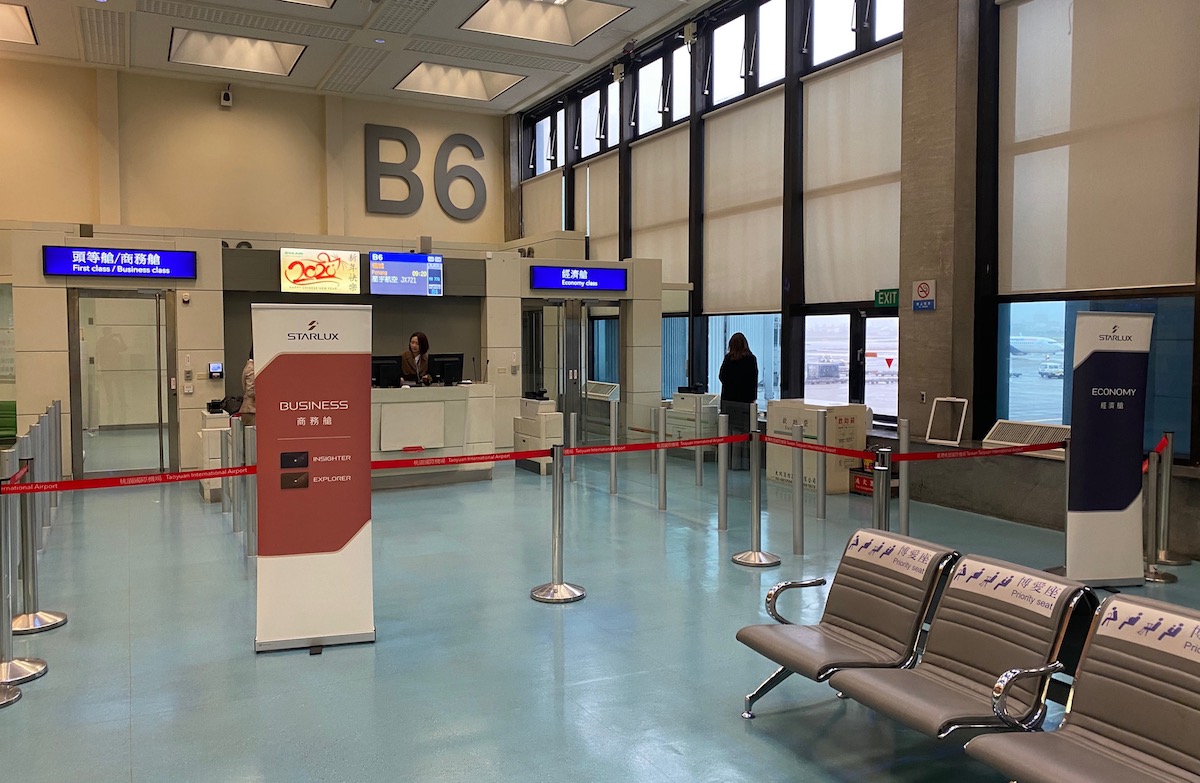 Politicians speak out in favor of the US pre-clearance facility

As recently as this week, several politicians sent a letter to the US Customs and Border Protection requesting “a full and fair review of Taiwan’s application.” The letter was signed by Senators John Cornyn (R-TX), James Inhofe (R-OK), Gary Peters (D-MI), Mitt Romney (R-UT), and Marco Rubio (R-FL).

The letter stated that the facility would “improve the ease of travel between the United States and Taiwan and strengthen the meaning of our relations with Taiwan.”

The letter highlights the following advantages of such a facility:

“By performing immigration and customs controls at the point of departure, CBP can stop unauthorized travelers before boarding the aircraft and allow legitimate travelers to avoid long lines upon arrival. Airlines can also park pre-booked flights at far more gates at US airports than international flights that need to be checked upon landing. Decreasing the number of arriving passengers to be screened will reduce the crowd at domestic CBP facilities, and less busy facilities will make entry easier for everyone. “

What Exactly is a U.S. Pre-Clearance Facility?

For those of you who are unfamiliar with US pre-clearance facilities, the way it works is that US passengers clear immigration before boarding the US.

As someone with Global Entry, I selfishly don’t like the concept as immigration takes a few minutes at most on arrival. However, I understand the concept theoretically:

Airports seem to see these facilities as a competitive advantage and market them as a way for a more seamless journey. In reality, however, these facilities can often lead to flight delays. If someone needs to do a secondary inspection, either the plane will be delayed for them or their bags will be dumped, both of which can be time consuming. US pre-clearance facility at Dublin Airport

Taiwan filed an application for Taipei Taoyuan Airport for US pre-clearance. Several US politicians have now spoken out in favor of this concept. Only time will tell if this actually comes to fruition, as we have seen all types of airports express their intention to maintain one of these facilities just so that it doesn’t happen.

Personally, I’m not a fan of the US pre-clearance system so I hope this doesn’t happen. With features like Global Entry and Mobile Passport, many of the weaknesses in the immigration process can be minimized. That being said, I realize that some people feel differently.

Personally, I find the politicians’ arguments rather strange and do not address the core problem. In my view, the only benefit of having a pre-clearance facility that we can all agree on is that ineligible travelers will be denied before they even board a flight.

But is this really the solution to addressing “long lines on arrival”? How about changing staff and improving technology to make the arrival process more seamless? And flights that use pre-clearance can park at more gates? How about more investments in US airport infrastructure?

Would you like to see TPE get US pre-approval?

Review: Thompson Hotel Nashville | One Mile at a Time

Taiwan applies for US pre-clearance

Review: Thompson Hotel Nashville | One Mile at a Time