Surinam Airways wants to get rid of new used 777s

Suriname Airways’ 777 saga up to this point

Surinam Airways is a small national airline based in Paramaribo, Suriname. The airline has operated a single long haul route between Paramaribo and Amsterdam in the past (given the connections between the two locations).

Which brings us to the saga of the last few years when the airline tried to replace its A340:

What went wrong? Well, as it turned out, Surinam Airways lacked ETOPS certification for the 777. This meant the plane had to make a major detour when flying between Paramaribo and Amsterdam as the plane had to stay within 60 minutes of diversion points (which not) Not possible if you are flying over the middle of the Atlantic.

The problem had nothing to do with the aircraft as such, but with the company’s pilots having to spend some time flying in 777 simulators. The problem was the airline didn’t have 777 simulators and couldn’t find flight simulators for their pilots due to coronavirus travel restrictions.

Surinam Airways wants to get rid of 777 now

Surinam Airways’ ETOPS problem was fixed in late 2020. From December 18, 2020, the airline regularly flew between Paramaribo and Amsterdam with the 18-year-old 777 with the registration code PZ-TCU.

Unfortunately, it only took a few weeks until the service came to a standstill on February 7, 2021 after the plane landed in Amsterdam. The plane has been parked there for a couple of weeks now. So what happened Well, technical issues, including issues with one of the engines.

Now Surinam Airways is even trying to get rid of its brand new (used) 777. The airline has stated that repairs would be expensive and the airline is now trying to return the aircraft to Boeing (the 777 is leased directly from the aircraft manufacturer) within the next week. For the time being, Surinam Airways’ service will continue to be operated by a wet-leased Air Belgium A340-300. 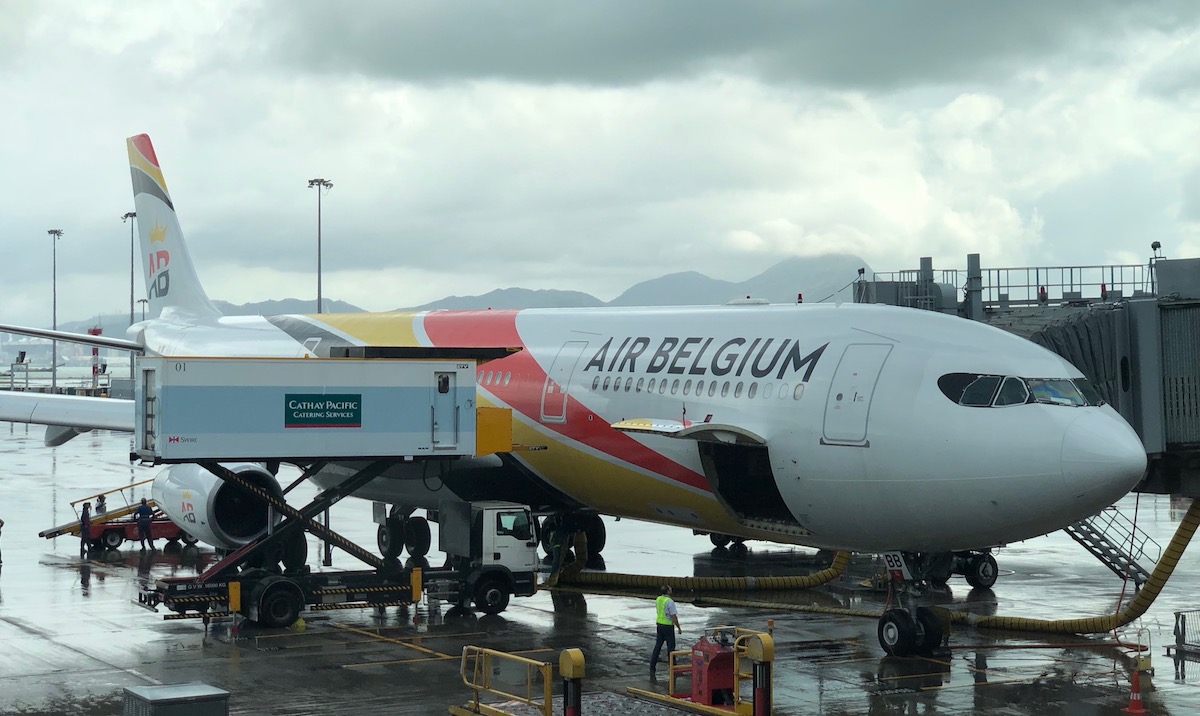 According to an internal memo:

The technical maintenance has shown that in the worst case a large cost factor for the repair has to be considered and possibly even one of the motors has to be replaced.

This fact has prompted the management and other stakeholders of Surinam Airways to make the decision to take advantage of the early return of the B777 to Boeing.

Some things were discussed with Boeing yesterday and Surinam Airways awaits further discussions about handling or possible other options. The aim is, in agreement with Boeing, to fly the aircraft to a location to be determined by Boeing within the next week.

Once things are final we will share this with you. In the meantime, Air Belgium operates the mid-Atlantic route.

I’m about as skilled at graphic design as Surinam Airways (what kind of airplane is that ?!)

In early 2020, Surinam Airways received a used 777 to be used for the flagship of the airline Paramaribo to Amsterdam. Unfortunately, ETOPS issues resulted in the airline being unable to fly the aircraft for many months. Then, a few weeks into the start of service, there was a costly technical problem that has grounded the aircraft for the past few weeks.

Surinam Airways is now aiming to return its 777 to Boeing, possibly even in the coming days. I will be curious what happens to it. If Surinam Airways can return the aircraft, I am also curious to see what the airline’s next step will be.

This seems like a situation where Suriname Airways should just give up the pride in operating this route and instead go codeshare with KLM as it operates about as well as so many other national airlines out there. But who knows what will actually happen …

What do you think of Surinam Airways’ 777 situation?

The new hotel bonus offer from World Of Hyatt