LATAM has just announced that its entire Airbus A350 fleet will be retired.

LATAM Brazil currently operates a fleet of 11 Airbus A350-900s and the company’s CEO today announced plans to retire these aircraft with immediate effect.

The LATAM Airlines Group filed for Chapter 11 bankruptcy protection in May 2020, just months after Delta Air Lines acquired a 20% stake in the South American airline conglomerate.

Due to the current bankruptcy process, the airline needs to cut costs and streamline its fleet, and this is apparently at the expense of the A350. LATAM Brazil delivered its first A350 back in 2016. The average age of this fleet is only three years.

The airline had originally ordered over two dozen of these aircraft (including some A350-1000s), but nearly half of those orders were canceled in 2020 (and Delta paid $ 62 million to reverse a deal the airline had with LATAMs should take over remaining A350 commitments).

For what it’s worth, the A350s were a legacy order from TAM before the airline merged with LAN (with the latter airline ordering 787). It seems LATAM never needed the A350 in full – the planes had been leased to other airlines, and the airline even wanted to get out of that pre-pandemic obligation.

With this announcement, the LATAM Airlines Group will only operate Boeing aircraft on all long-haul routes.

Up until now, LATAM Brazil’s long-haul fleet consisted of: 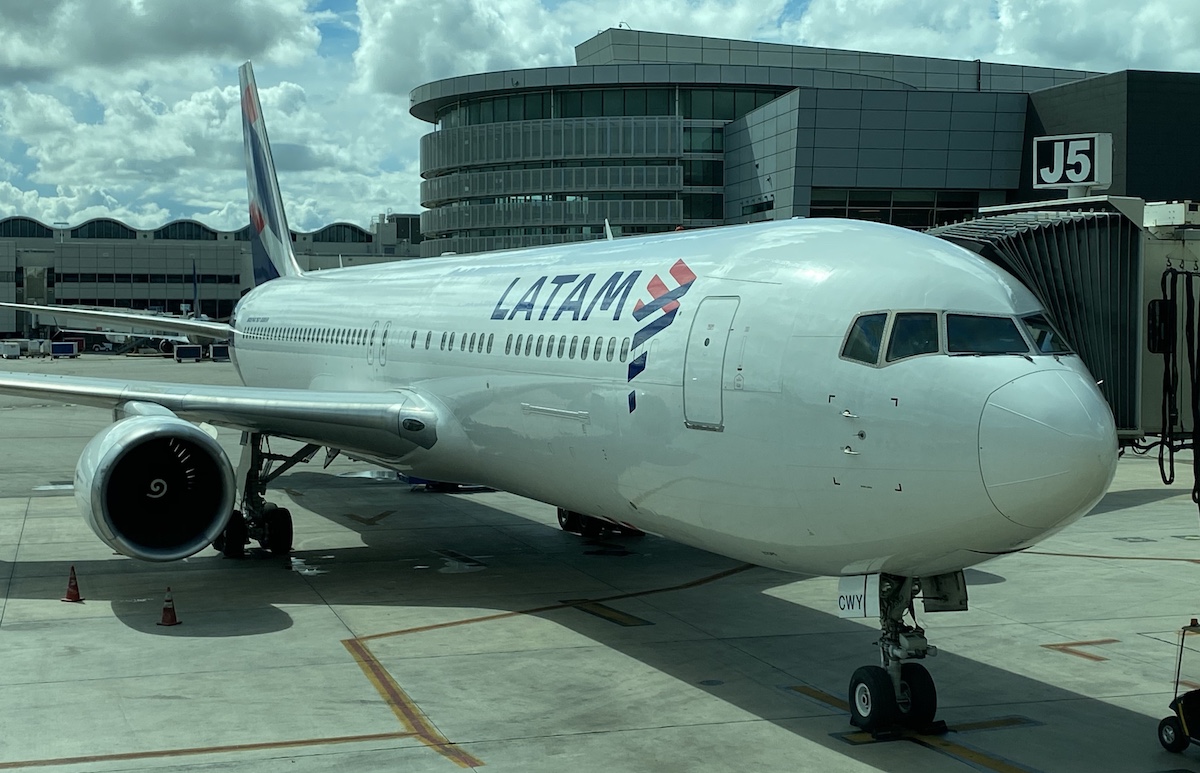 With the A350-900s being phased out, the airline will instead only have older Boeing aircraft in its long-haul fleet. LATAM’s 767s are an average of eight years old, while LATAM’s 777s are an average of 10 years old. On the positive side, LATAM at least has installed new business class seats in these aircraft.

Why should LATAM get rid of its newest long-haul aircraft instead of retiring older aircraft? Well, due to the Chapter 11 bankruptcy process, LATAM has probably found a way to return these aircraft to leasing companies on favorable terms and I imagine the payments for the 767 and 777 are much lower.

At this point in time, the 22 Boeing 787s in LATAM Chile’s fleet will be the only latest generation long-haul aircraft from LATAM, including 10 787-8 and 12 787-9. I suppose if the airline group wants to simplify their fleet it makes sense to focus on the 787 versus the A350 as there are more of them. LATAM will withdraw its entire Airbus A350 fleet. This means that LATAM Brazil only has 767 and 777 left and the LATAM Airlines Group as a whole has no new orders for long-haul aircraft.

Since this is roughly a third of LATAM Brazil’s long haul fleet, I would expect the airline to make some significant route cuts after the coronavirus, or maybe 787s will be carried over by the Chilean subsidiary.

I’m curious which airline will pick up this A350 …

What do you think of LATAM’s withdrawal of its entire A350 fleet?