The Radisson Rewards program is to be divided into two parts

It was announced today that the Radisson Rewards loyalty program will be split into two parts from June 2021:

Similarly, you will now find that all hotels in America are bookable through RadissonHotelsAmericas.com rather than the regular Radisson website.

What are the effects of these changes?

Starting June 2021, members with Radisson Rewards accounts registered in America will automatically transfer their accounts to the new program. What happens to your points, your status, etc.?

There are currently more questions than answers. Among these are the following:

I’m not sure this clears up much, but here’s a table of Radisson Rewards detailing which program you’re on:

The following table explains how to collect and redeem points: 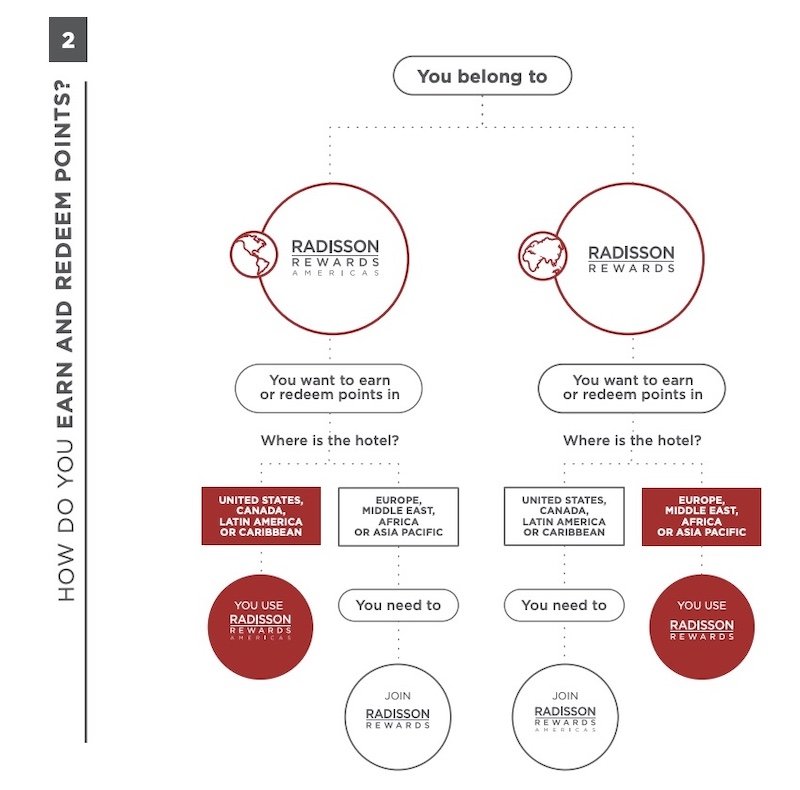 Why is the Radisson Loyalty Program being split up?

Radisson isn’t particularly honest about why this change is being made. According to the FAQ, here is the reason the programs are split up:

Why will there be two different loyalty programs?

That’s quite an explanation. Adding unnecessary confusion, Radisson makes the program less compelling and global in order to “deliver a more local experience?”

The US government is demanding that the Chinese government no longer have access to this type of data for US consumers, which is why the programs are likely to actually be split off.

The new Radisson Rewards Americas program, a program for those who have registered Radisson Rewards accounts in America, will launch this summer. It seems that this is happening because of US regulations that the Chinese government doesn’t need to access that much data.

While I understand the motive, this sounds like a pretty negative change in the program’s value proposition. At the very least, points will be transferable between programs and there will be a status match, but the logistics still don’t sound great.

I have Status and Radisson Rewards points through a co-branded credit card and, ultimately, this is what I appreciate most for stays in Europe, where Radisson hotels are generally the nicest.

What do you think of these Radisson Rewards changes?