How lions are transported by air in South Africa

Here’s something airplane-related that is completely random, but kind of cool.

The Bateleurs is a not for profit based in South Africa that recently transported some Kalahari lions known as the largest lions in Africa. Three of them were recently flown from the Khamab Kalahari Reserve to the Mabula Game Reserve in order to increase genetic diversity and decrease the population division between lion populations.

The lions weighed approximately 200 kg each, and together the three were flown on a Pilatus PC-12 between the two reserves. In addition to the pilots, there was a doctor in the cabin who monitored the animals.

Here are some pictures of the lions being loaded onto the plane: 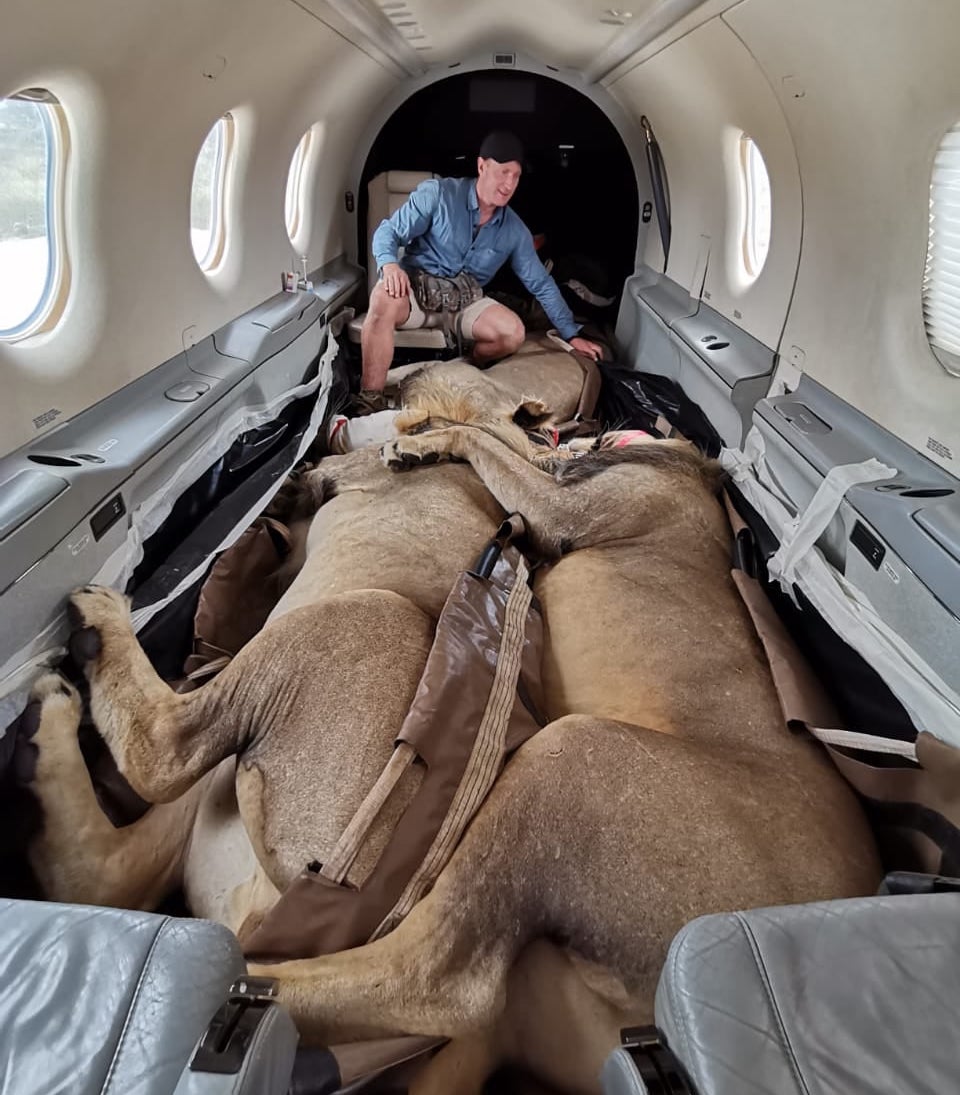 Obviously, I am not an expert on transporting lions or the benefit of transferring lions between reserves.

I loved the safari I went on a few years ago in South Africa including my flight on a Pilatus PC-12.

Albawings flies employees to Serbia to be vaccinated

Albawings flies employees to Serbia to be vaccinated