We’ve heard of some people getting married in airports or on airplanes, but that’s the next level. The story is especially cute considering the times as there aren’t too many feel-good airline stories these days.

The pilot met his (now) wife Sabrina Solesbee online and then met for the first time in person at a Southwest Airlines ticket booth. As the relationship progressed, Solesbee accompanied Hundreds of pounds as a passenger on some of the flights he piloted on her days off, and enabled the two to travel to different cities together over the course of their relationship (Solesbee lives in Seattle).

Finally, on a private flight, Hundreds of Solesbee suggested that the two take over the mountains of Utah. So it was only fitting that the couple got married on board a flight, but this time with Southwest Airlines flying from Las Vegas to Salt Lake City.

As you’d expect, the route mattered – the couple met at Las Vegas station in the southwest, and Salt Lake City is where the couple are likely to settle. The couple signed up for a marriage license in the state of Utah, as that was the state the couple would be flying over if the flight reached their cruising altitude when the ceremony took place.

The couple were joined by around 15 friends and family members as well as several Southwest Airlines customers who were just on the flight. Andrew Pabste, a colleague of Southwest Airlines and a friend of Zentner, presided over the ceremony. What a great story and here is a long and happy life together for the couple!

Here are some pictures Southwest Airlines provided of the in-flight wedding: 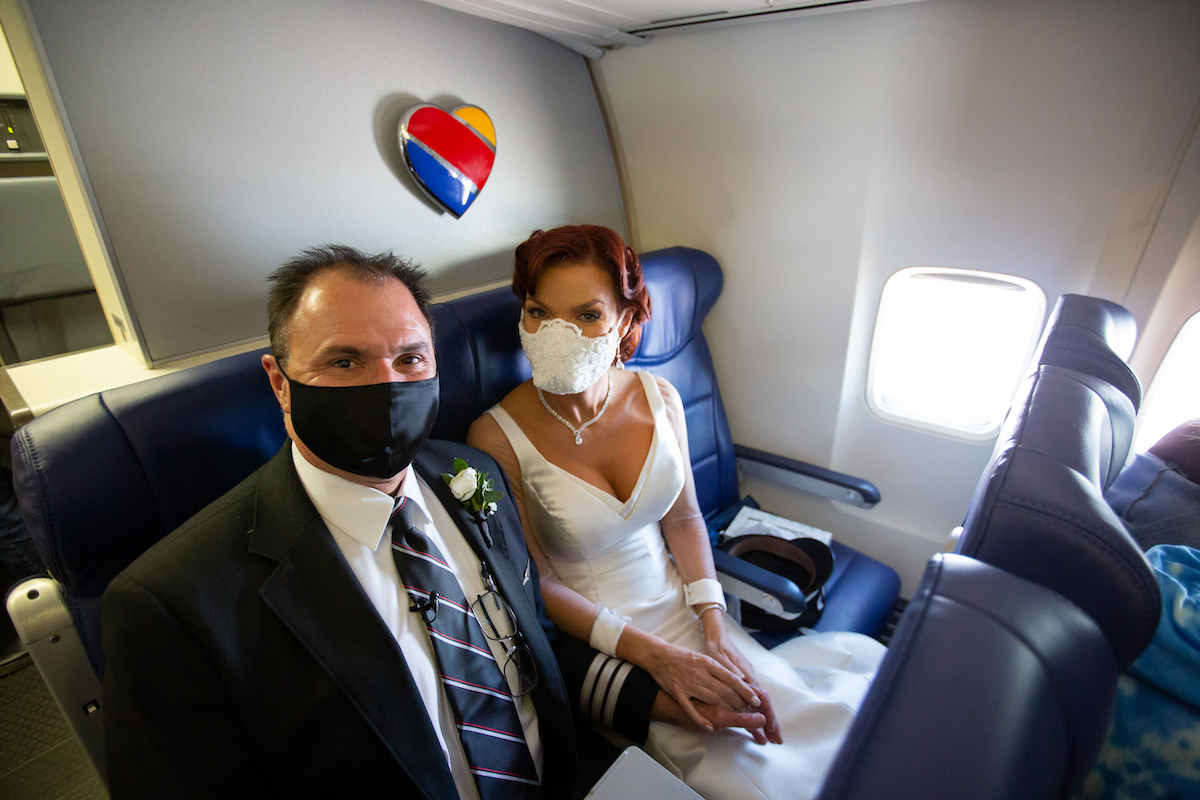 And here is a video from Southwest of the wedding ceremony: